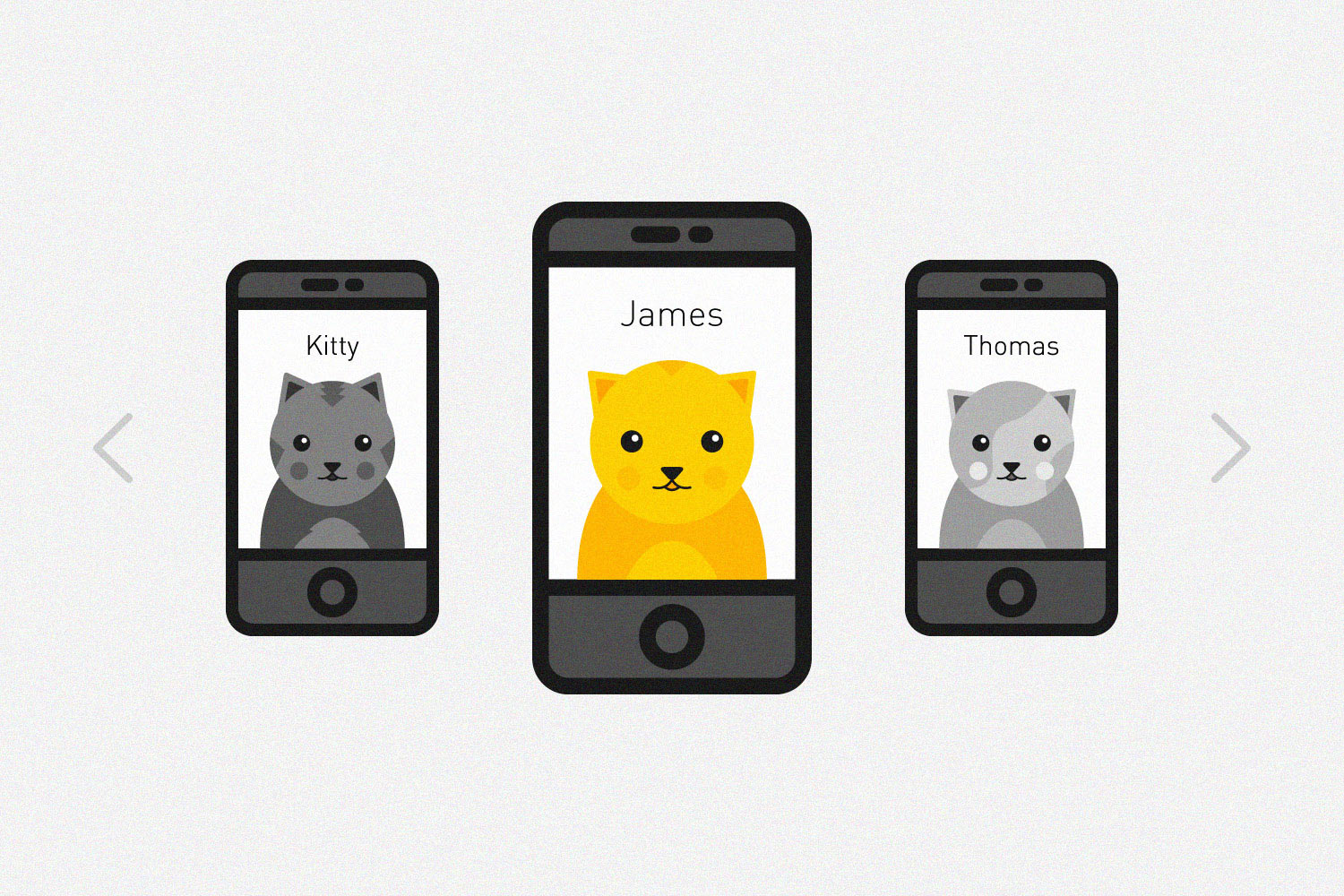 We recently built an app called Vaba Saba (“Available Tail” in Estonian) that lets you swipe through cute profiles of cats looking for a home, chat with them, and meet those you’d be interested in adopting. It was a charity project for Pesaleidja, a shelter for homeless cats, to help them get more cats into responsible homes.

This project was the result of two different values we have as a company.

Firstly, we’re in a position today where we can and want to do good with the resources we have. IT projects are typically expensive, so the little guys—those most in need of quality systems—often can’t afford them. Yet a proper website or mobile app is key in enabling people to contribute to a good cause. So rather than donate money, we thought we’d share some of our skills with Pesaleidja instead.

Secondly, our company culture highly values the continued development of its team members’ skills. Each employee is given time for reading and learning, and while we’ve found that this helps develop their expertise, we also believe that learning a new form of technology or new language is best done by taking part in real projects. This allows for facing real problems and going through the process of actually building something up until its live release.

Lucky for Mooncascade, the stars aligned in our favor. We had a team of developers ready to learn and eager to donate their skills to a good cause, so we were able to dedicate a proper amount of resources to Vaba Saba without compromising any of our clients’ projects.

There are a few things to keep in mind when your company takes on a learning project for a charitable cause.

Most importantly, you need to commit. The fact that no one’s paying you doesn’t mean you don’t have a client expecting a product. With Pesaleidja, we committed to delivering a live version of the project by the end of our collaboration. We didn’t give ourselves a way out in case some profitable opportunity tempted us to shift focus elsewhere. We made a promise that included giving Pesaleidja a dedicated designer, project manager, and four developers to work with for four months. The only specialist we couldn’t spare was a QA engineer, which put a bit more pressure on the developers and PM, who then also had to test the app. Of they didn’t spend 100% of their time on the project, but they did make a conscious effort to maintain a steady delivery pace throughout the entire collaboration.

Another interesting part of this project was that working with a non-profit felt very different from working with an IT department in a corporation or a start-up. Charity organizations are often run by volunteers who have no expertise in building or thinking about IT projects and product development. They just know that the poor cats in their shelter need help and are already happy to see someone willing to give them a hand. This meant that we had to work on building the product vision from scratch, scoping its first release, and making every decision about the product’s user flows ourselves. These are usually activities that Mooncascade does alongside its clients.

Lastly, let’s not forget about maintenance. The system we were building had to be sustainable both for Mooncascade and Pesaleidja. Charity organizations don’t want to waste their time managing some app or system. So we needed to automate the system’s processes to make sure the app wouldn’t create any extra work for them. Plus, we needed the completed project to be able to last for long periods of time without maintenance. Not because we didn’t want to keep development going, but simply because it’s harder to get resources to manage a project once the team dedicated to working on it has been dissolved.

So why it was one of the best projects we’ve ever worked on?

Besides the fact that Pesaleidja gained an app to help their cats find more homes more quickly, we think this project was a huge success for our company. There were many wins:

We learned from it

Three of our native Android developers learned React Native, which is often used by web developers, not app developers. We now have more team members with that skill set, and our clients now have access to a team with greater capabilities.

One of our iOS developers tried building backend for a change. He used Swift, which was an interesting experience not only for him but for Mooncascade, too—it helped us confirm that Swift backend can be quite good, and we’ll now consider using it in future projects as well.

As mentioned, the project’s designer and product manager were given free to create a product from scratch. Their goal was to create the best user experience possible, which ideally involves user testing. We often tell our clients to do more of this and avoid investing on a hunch, but this time we got a taste of our own medicine: we learned that it’s not always easy to drop everything and organize a testing session. Luckily, the audience for a app isn’t too specific, so showing it to our friends and family and noting their reactions gave us valuable input, close to what we would have learned from doing things in a proper testing environment.

“Developing an app for cats while learning a new technology was a fun and truly refreshing experience.”

Vaba Saba was probably the most fun project we’ve ever worked on. Everything about it was just so cute. Even the bugs we found were funny. “Cats seem to fall asleep on the keyboard while they’re typing. When I return to the chat, the cat is still typing” and “Which cat is cuter for the Play Store screenshot, Leopold or Marten?” were both real problems we had to solve. Our team even got a “Best friends fur-ever” sweatshirt and a cat piñata to celebrate with once the app was released.

“Helping our furry friends and discovering new technologies—what could be better?”

It was a “purrfect” project

If you’ve ever worked on a software development project before, you know that dirty tricks are sometimes needed to make things happen, that no one wants to pay for refactoring, and that there’s usually a partner, client, or developer who finds a way to screw up your beautiful plans. This time we were able to do everything properly. The code was so beautiful that the developers wanted to print it out and hang it on their bedroom walls. Of course there were a couple of issues we had to accept, like not all cat profiles and images being optimized for the app. Or that some cats look more presentable than others. But overall, this was so close to a perfect project that we couldn’t help but feel proud as the cat piñata exploded when the app went live.

“This project gave me the reputation of being the office’s resident crazy cat lady. I love it, now I can wear a headband with cat ears around the office and nobody even blinks an eye!”

We are always looking for like-minded and passionate people to join our fast-growing team. If you want to work with amazing colleagues, have fun and build exciting mobile and web products for international clients, then have a look at available positions and let us know about you.

Karin is a Product Manager at Mooncascade. Helping our clients to build digital products, her playground is at the intersection of technology, business and UX. Karin is certain, that caring for the end-user helps to make great decisions about tech and business as well. View more posts